Here’s a representative selection of the feedback we receive every week from caring pet parents like you.

From puppies to a healthy, vibrant 13
Submitted By: Sally L, Naples, FL
It was suggested that we try a raw food diet...

After one of our Airedales, Wesley, developed allergies to just about everything it was suggested that we try a raw food diet. I did a lot of research and finally decided to try Bravo. At the time, the closest Bravo retailer lived in Miami (a two hour drive) but for more than 8 years I drove over there to buy our Airedale Terriers – Peter Pan and Wesley’s food. They loved it, and it felt right.

FAST FORWARD: These days there is a retailer just 4 miles away, so I don’t have to buy 2 months of food at a time. We love the food that is already mixed with vegetables the best – as it reduces prep time (I add digestive enzymes, oil, and a few vitamin and mineral supplements). We also buy the exotic meats as we like to give the “boyz” variety. Seriously, who would want the same food every day?

Our oldest Airedale Peter Pan will be 13 in August. His body weight is perfect, his coat is shiny, his teeth are clean, and he is a very happy boy. I feel that this in part, at least testament to, the raw food diet. Bravo, Bravo! 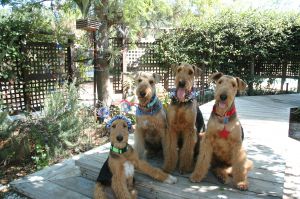 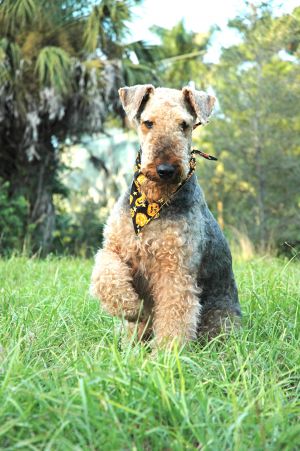 Lewis goes from bad to beautiful
Submitted By: Tracy F, Sheboygan, WI
We adopted Lewis, a mastiff and pit bull mix when he was five months old...

We adopted Lewis, a mastiff and pit bull mix when he was five months old. When he came into our house, his white hair was stained yellow from urine and feces, his toe nails were brown from licking and chewing, his feet were chewed raw, the hair between his pads was brown and his stool was runny.

After trying to at least alleviate his condition with a “high quality” kibble, I decided to strip down his diet and put him on raw. I didn’t know how to fix his issues but after reading tons of literature, I knew raw was my way to go, and that I needed to go with a product that provided a single-source protein. That wasn’t as easy as I thought it would be.  Bravo was the only company that I could find that provided that.

After trial and error, and watching his skin improve, I learned that Lewis can’t have chicken, or lamb, and that he does best on beef. I noticed immediately that his coat got shiny, his licking and chewing improved, his toe nails began to clear up and are now 99% white again. His stool finally firmed up and there’s A LOT less of it, which is nice since I have three big dogs. I know that Bravo was the key to Lewis’ success.

Today, at three years old, he weighs in at almost 90 pounds of pure muscle. He’s so healthy, his teeth are nice and white, his feet are white and healthy, he is the picture of great health... thanks to Bravo! My two cats are on a raw diet also. They both have thick, shiny, beautiful coats. The litter box has tiny little poops, no more squishy lumps and their weight is great. Raw is the way to go! 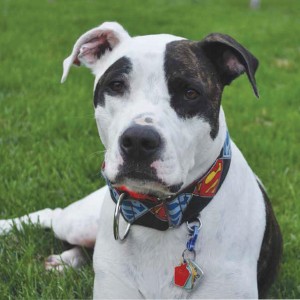 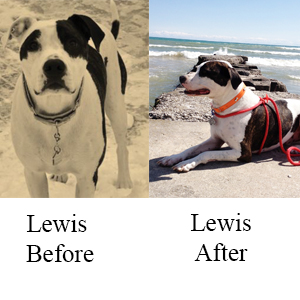 Marley and me
Submitted By: John Z
After being fed Homestyle Complete for a month, I can't believe how great Marley's coat looks!

After being fed Homestyle Complete for a month, I can't believe how great Marley's coat looks! She has had dandruff her whole life and it’s totally gone away.  Salmon oil never worked, but now it’s totally gone.  I have had several neighbors who know Marley well comment how good she looks.  She is crazy energetic for a 10 year old dog.   She has always been a grazer when it comes to food.  She would leave her bowl full all day sometimes.  Those days are over!  We set her bowl on the counter while we wait for the water to soak in.  She waits right by it, not so patiently, then eats the whole bowl immediately.  Success! 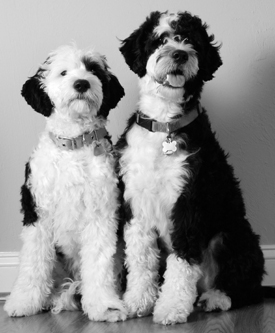 Tell us your Bravo story.

We'd love to know how Bravo products are making good happen for your pet and you!